Life changing procedures like Implant technology, Corrective Jaw Surgery, and Facial Cosmetic Surgery are giving people full confidence to smile again. Here are some independent opinions of our patients regarding these treatments and their results.

I love the knowledge of the doctors and the staff. That made me feel confident of the surgery on my teeth. I will definitely start flossing from now on.

I was transferred here from my dentist saying this is the best oral surgeon in town.Which it definitely was. I came in, and picked a good date for me and for them. They explain the whole operation from top to bottom, educated me on everything so I knew exactly what was going on. I felt really engaged in the process. My surgery was supposed to be really serious. I had to get four teeth removed, two wisdom teeth, and 2 that were growing sideways under my nose and over my teeth which I could not see or feel them, but my dentist saw them in a x-ray. He said that this was pretty rare and they were still really small. I did not feel any pain from it at all. But my dentist said they will grow up and, and start giving me pain and it will be a lot more difficult and more painful to remove than later so I decided to get it over with and get them removed.

I was really nervous and scared about it, but I came in and the staff was really nice and encouraging. Dr. Antipov was really nice and really experienced. Great oral surgeon! Could not ask for a better one! He did the surgery and it went great ! I had lots of stitches in my mouth. I thought that it would leave crazy big scares! But i was so wrong it healed so good it's impossible to find out where i was cut and had surgery! They called me in every week to do a check up and clean my cuts! Its been 2 years and i have never felt like I ever even had surgery.

Literally best oral surgeon ever! Highly recommended he is really skilled and smart! Thank you so much Dr Antipov and to your staff !!! A++++

My 20 year old son had severe underbite. Also small oral cavity. Has done 2nd course of bracing and this second time had been now 2 years. We got referred to Dr. Antipov,DDS by our orthodontist and we are very very pleased with the outcome of the surgery. Doctor spends as much time we need to answer questions. We never felt rushed to leave. He is very professional, explains well and confident of what he can offer to help him. Staff all have been polite and helpful and knew what I was talking about or calling about. Our son needed to do upper and lower jaw surgery which it was very involved procedure. Of course he was nervous and we were as well. But all of us felt very positive and confident prior to surgery and decided to pursue this summer. Surgery was eight hours straight. Postop was as expected, lots of swelling as Dr. explain.

Postop was not easy but it was explained and to be anticipated for major procedure. I was able to text him and ask questions while he was still in the hospital and he has call back within an hour or two and help the situation out. It is now post op four-month and my son is very very happy of his new face and the jaw. It was well worth it. Very pleased we got this done. My son is ready to tackle his future and feeling relief that he will no longer be bound to his dental issues. No post op complications! Doctor pays attention to the details and had made sure for the best outcome. We feel we have developed great rapport with doctor and staff.

Thank you very much!!! We are glad we got referred to you. 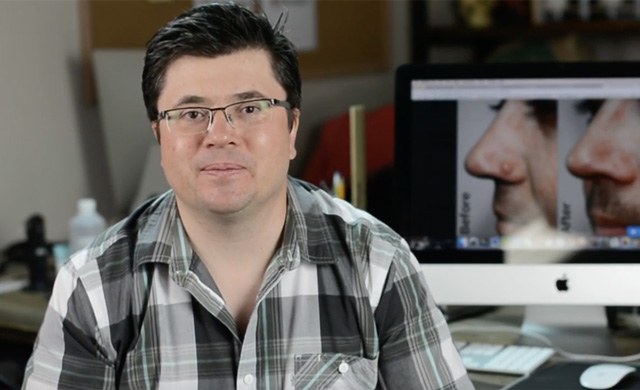 This place is great! I got all 4 of my impacted wisdom teeth pulled out in one day including the consultation. The front office staff were lovely and very understanding, and the doctor seemed very knowledgeable and my comfort was one of his #1 priorities. I usually have high anxiety for things like this but I didn't want to be totally put to sleep, instead he gave me another option that was much safer.

The surgery took about 45 minutes and then my mom was given post operative instructions and we were on our way home. Additionally they call every few days to check up on me, which shows they really care about their patients.

Definitely would recommend this to anyone! 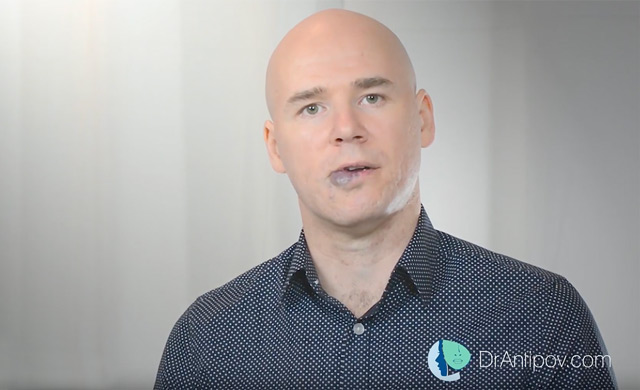 This was one of the three oral surgeons in the area which were recommended by our dentist. My son started having extreme pain caused by his wisdom teeth and this was the only place that had an immediate opening.

The office looks fairly new and is decorated with modern contemporary decor. There is even a gas fireplace and a plasma screen tv above that. The receptionist greeted us and handed us the necessary paperwork.

We were called back and they took a panoramic x-ray. We were then taken to another room and told to watch a 20 minute video explaining the procedure involved in removing wisdom teeth. My son is the typical male, he wanted to leave right then and there. He's put this off so long that it's inevitable, he's just gonna have to suck it up and get this done. After the video, we met Dr. Antipov, DDS, he was very friendly and reassuring. Like the majority of the staff here, he was of Russian decent. I'm assuming that they must get a lot of Russian patients because I heard it being spoken quite often in the office.

So after we get situated they take my son and he was put under local anesthesia and he had all four wisdom teeth extracted in a little over an hour. Dr. Antipov came out to the waiting room to tell me how it went and that my son was still asleep from the anesthesia. After awhile, a nurse took me back to see my son and gave me his prescriptions and went over all of the after care. She wheeled him out in a wheelchair to my car and we were on our way home!

Just want to start off by saying this office is amazing. The staff there is so sweet and helpful. I had to go in for oral surgery and I was very scared and nervous. Christina and Olga are two of the main ladies that I talked to a lot. They made me feel like they knew me forever. Then I got to meet Dr. Antipov. I was so nervous and he made me feel so comfortable and relaxed after talking to him. Best oral surgeon ever. He is clearly very knowledgeable and knows what he's doing. I know you can only give 5 stars, but if i could i would give 10. I would recommend him to anyone. He's an amazing surgeon and a very sweet man.

My wife needed to get one of her wisdom teeth extracted, which she was dreading and she does have pretty high anxiety when it comes to dentists. When she got there we decided to go head and get rid of all 4 to get it over with all at once, I don't know how she agree to it but she did. Anyways all 4 were pulled out (no sedation either, she didn't want it, just some nitrous has) and she was stunned, it went by so well and quick, she and I both were amazed how well it went! She said she didn't feel any pain, it was very smooth and professionallydone! The recover process is not easy on the problem wisdom tooth which was in bad shape but the other 3 healed quickly and easily. Just follow directions and instructions when you go home for the recovery process. I wish he did regular dental work too would go to him for all of that as well too.

I had a great experience here. I was very nervous to get my wisdom teeth out and was not sure whether they needed to come out of not. They were not pressing up against the others but there were other possible complications that the surgeon explained in detail before leaving my husband and I alone to discuss whether it was the right thing for me. Whether I wanted to wait and see if there was an issue in the future or be more preventative.

I was impressed with the professionalism of the staff. They were very nice, and helpful. Not pushy and worked with us to even come up with a workable payment plan to cover the cost.

The atmosphere was very clean and it was nice environment. Everything went very smoothly. They called me a week later to see how I was doing and the follow up check up was quick and thorough. I picked this place based on the raving Yelp reviews and I am happy to say it did not disappoint. I would recommend them to anyone.

Up until recently, I thought I was going to be one of those fortunate people who would never have to have their wisdom teeth extracted. Well, guess what...I was wrong! I started having horrible pain with my two bottom wisdom teeth, one of them actually cracked in half. After my dentist determined that I needed my wisdom teeth extracted asap because they were infected, I was referred to Dr. Antipov's office, I called on a Friday afternoon, I was in horrible pain and on Vicodin to try and easy the effects of the infection. I was able to get an appt quickly and ended up spending my 29th birthday at Dr. Antipov's office having my wisdom teeth removed. Due to the severity of the situation, they did both my initial evaulation and surgery on the same day. The staff here is amazing, everyone was so friendly and kind. The surgery went very smoothly, they even called me afterwards to see how I was doing. Definitely a positive experience with the professional and experienced staff at Dr. Antipov's office. 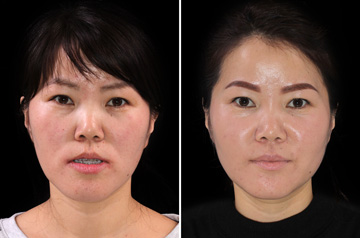 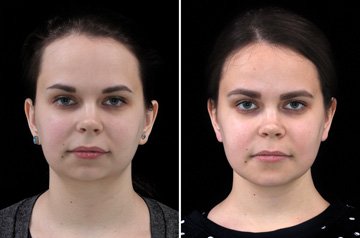 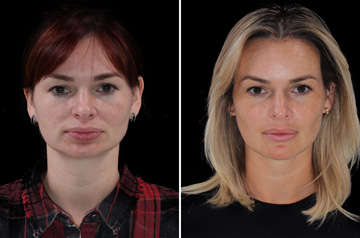 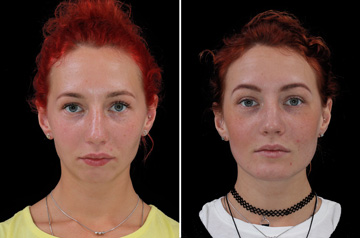 Dr. Antipov enjoys talking with patients and is happy to answer all your questions. Our office is easy to find and there is plenty of parking and a relaxed atmosphere.

What should I expect on my first visit? What should I do before and after the surgery? These and other questions are answered in our Patient Information center.